I’ll admit it, I’m starting to get hooked on Western Dressage, and not just because Hank looks so good doing it.

It’s actually started helping us in our other disciplines.

A month ago, it was common to see Hank loping around fairly fast with his head up in the air. Now – even after just a month of playing around with lateral movements and seeking contact through the bit, he’s already improved his cadence, frame, and listening.

We entered our second online dressage show the other day, finishing out the Intro level with tests 3 and 4 and moving up into the Basic level with test 1.

While we’re currently waiting for our results from these tests, I thought I would reflect on our performance with this show compared to the one in early April.

This might be a result of me taking up more slack in the reins and driving him off my leg more, but I think he’s starting to re-strengthen his core and topline muscles to be more engaged and active. He’s a smart guy who learns quickly (we taught him how to sidepass in 10 minutes before a trail class at one of our earliest shows). 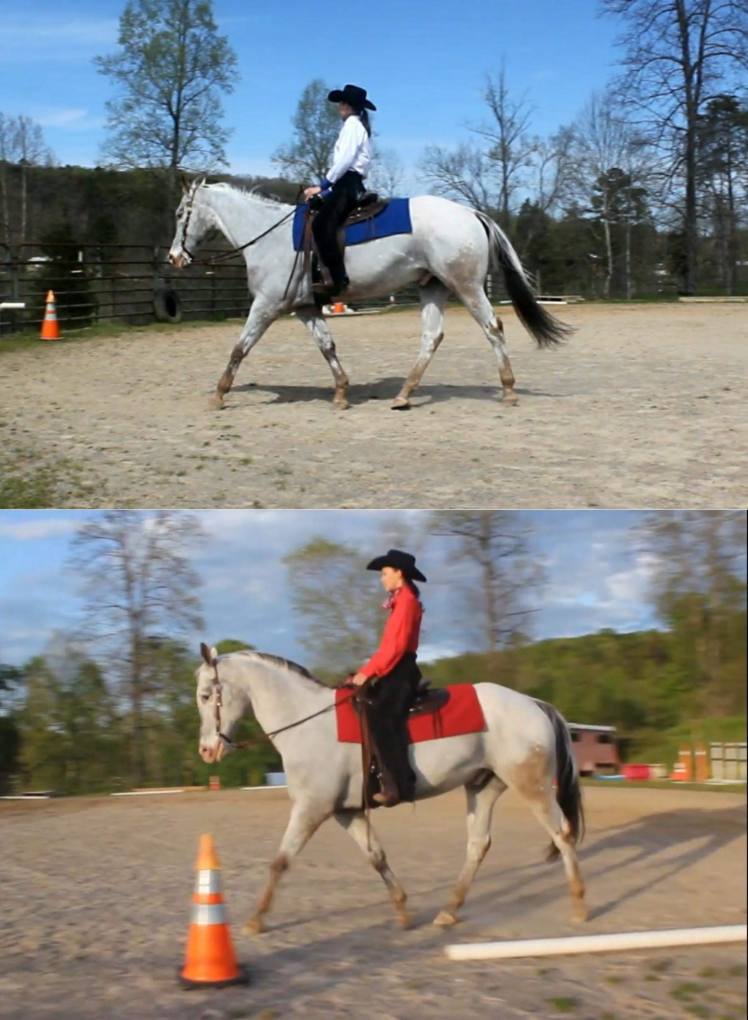 2. He’s moving off my leg more while also focusing better on my seat cues.

Again, I think this comes from a light bulb moment for both of us, but he’s reaching under himself better with his hind end. Also again, more engagement has equaled a better frame. 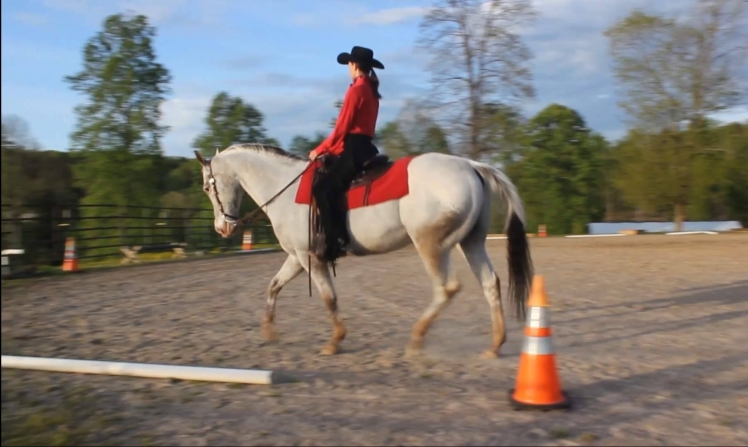 From the saddle and from the ground – re-watching our videoed tests – his transitions have also improved. They were pretty solid to begin with (scoring a few 8’s on our first two tests), but now they’re looking even more seamless and fluid.

Now, obviously there’s still plenty of room for improvement in our recent tests, but overall I’m chuffed at our progress in less than a month’s time.

Some things to work on going forward are developing more stretch in our free walk and jog and better squareness when stopping. These things will improve more as we progress I’m sure, so I’m not terribly worried about them. The main thing for us right now is to keep developing and strengthening that topline and core.

As with our previous show, once we receive our results and ribbons, I’ll make a YouTube video explaining our scores and tests.

Until then, as Tom Petty sang, “The waiting is the hardest part.”